Face Place Rocks out with UJA for Summerfest 2016 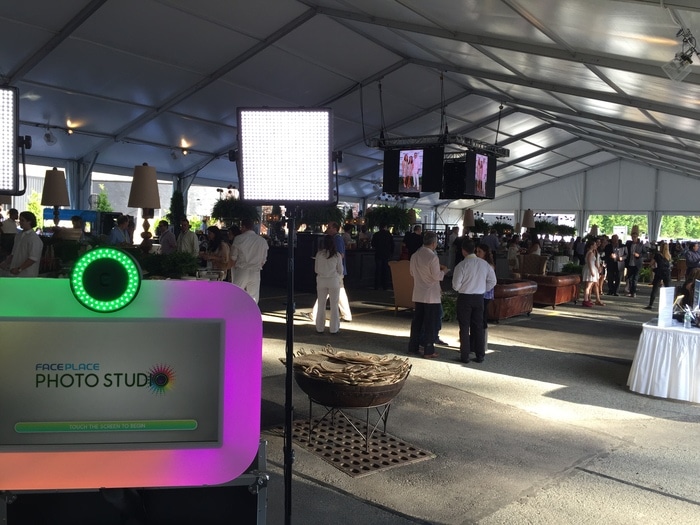 UJA’s Summerfest has become synonymous with stunning aesthetics, a great cause and powerful performances. This year’s event did not disappoint, with hours of food, drinks and entertainment in the form of Face Place photo booths everyone was raving.

UJA managed to turn the NYCB Theatre and Westbury’s lot into an impressive tent filled with stunning centerpieces, a wait staff whose level of professionalism set a standard for the night, and endless tables filled with different types of fruit that was not only a feast for the attendees but for the eyes as well.

Face Place was delighted to be asked back to provide the entertainment for a UJA event after working their Spring Event about a month ago. This time around they requested two different photo booths to accommodate the crowd, and still people were on lines waiting to use our Face Place photo booths. We had a classic curtained photo booth, the Face Place Photo2Go, as well as a modern group photo booth, the Face Place Photo Studio. Those guests that wanted a more intimate photo booth experience, enhanced by the option to choose from a multitude of themed borders found themselves smiling from ear to ear in the Photo2Go. Meanwhile set up across the tent was the Photo Studio, which drew in those in attendance that wanted group photos. The groups reached up to as many as seven people at a time as the night continued. Guests were fascinated by the many options they were granted through the Photo Studio software, from classic backdrops, to fun scenes and prompts, Face Place even created a custom “One Step Step and Repeat” backdrop specifically for UJA Summerfest. Even though they were in front of a green screen, those who used the photo booth felt as if they were on a red carpet. 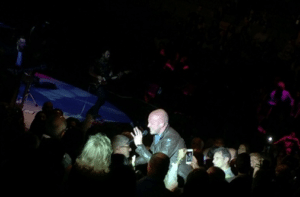 As the night came to a close, and we had to begin packing up the photo booths guests were begging to continue using them, and didn’t want us to continue packing up and leaving. The photo booths were a hit and had many guests questioning if they could rent one of our innovative Face Place photo booths for their next events. They were amazed by the picture quality and the customizable options each booth presents. UJA’s branding was on every photo strip and if the photos were shared via social media, the events custom hashtag was posted along with it.

As our job in supplying entertainment for the first half of the night came to a close it was time for The Fray to take over for the second half of the night. UJA leaders made moving speeches about their cause, their heritage and above all their goals for the future. UJA hosts events such as this as a means to not only raise awareness of their cause, but to help further advance it and continue their charitable efforts. They hosted a live auction lead by Todd Richman, who gave thanks and had the crowd laughing with many jokes, one pertaining to a new dating app titled “Hot Jewish Moms of UJA”. 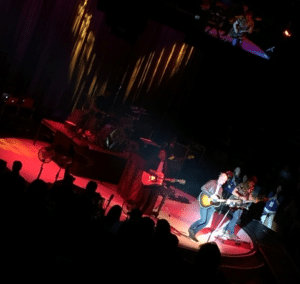 The Fray then began their amazing set. Opening up the show with their heart stopping single “Heartbeat”, they got the crowd on their feet. They had the crowd singing, dancing and cheering for more with such hits as “How To Save A Life”, “Rainy Zurich”, “Wherever This Goes”, “You Found Me”, and “Over My Head (Cable Car)”. Lead singer of the band, Isaac Slade, took time to address his Jewish heritage and his travels to Israel, dedicating his song to his son Judah. They closed the show with a cover of Cheap Trick’s classic hit “Surrender” and their chart topping single “Love Don’t Die”.

All of this came together beautifully, Face Place was truly honored to be able to provide entertainment for UJA and the guests of Summerfest. The event is one to be remembered, and it had everyone recalling UJA’s motto, that at the end of the day we are all “Good Together”.

Our Face Place Theme Park Photo Booth is Designed for You
June 7, 2016

A Longing for Authenticity: A Face Place Perspective
May 25, 2016

Advice You Can Give Your Customers to Get the Best Pics
March 17, 2016
Request More Info
Go to Top