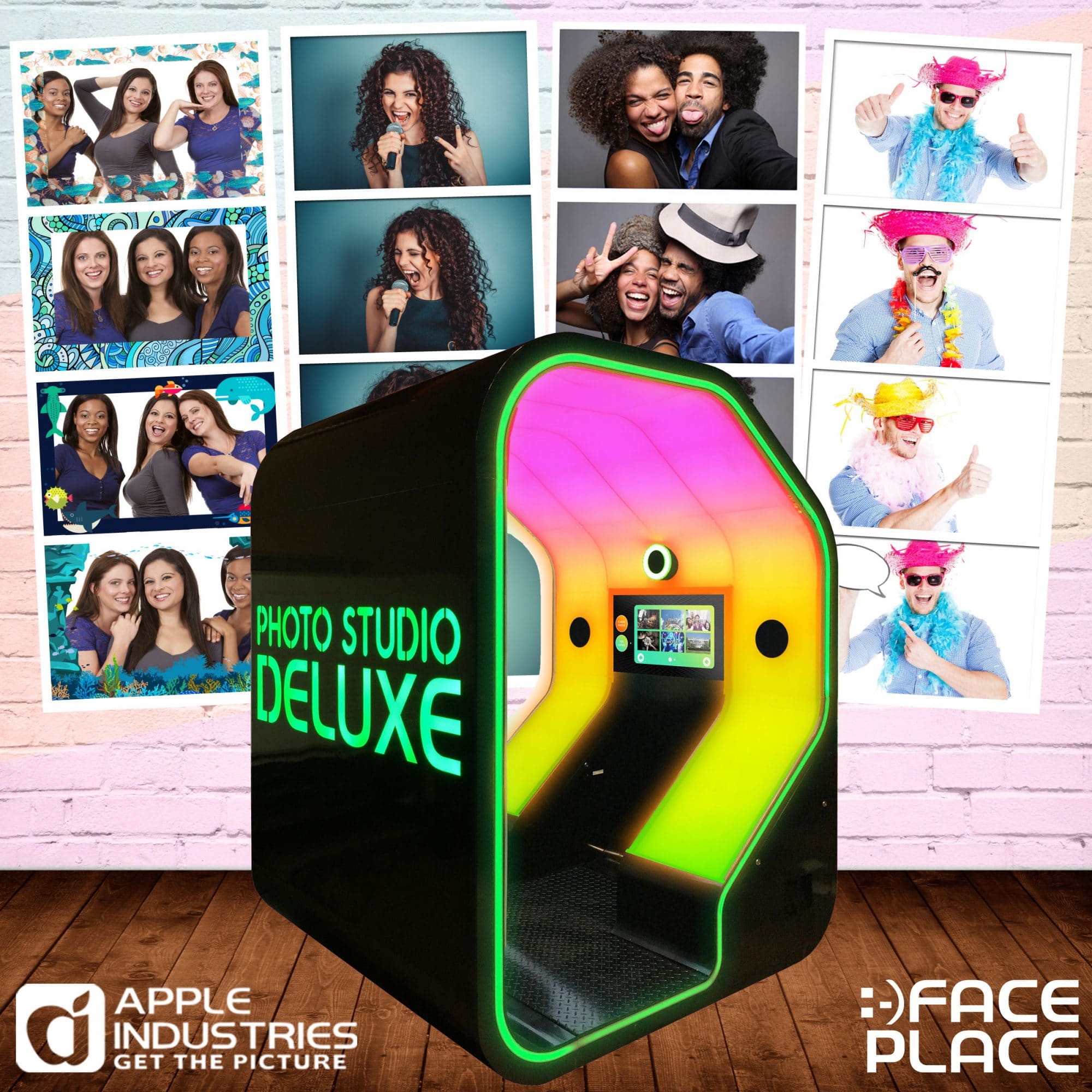 As the popularity of the photo booth continues to grow in 2017, so do the opportunities for photo booth owners. Despite the wide availability of smartphone cameras, people are rediscovering the fun they can have with a photo booth, no matter where that booth may be. As we move through the summer of 2017, it is helpful for booth owners to know the photo booth trends dominating 2017 so that they can try to take advantage of them.

A GIF loop is a special feature in a photo booth that strings together several photos into an animated image. The photo booth quickly takes a succession of pictures, and then they are looped together in a GIF. The powerful editing software that comes with photo booths makes the possibilities for this kind of a feature endless, and it is something that is gaining momentum in the photo booth world in 2017.

Most modern photo booths come with plenty of editing and filter options for pictures, but the glam filter is something that is becoming very popular in 2017. The glam filter touches up a photo to make it look like it was taken by one of the world’s foremost fashion photographers. Your customers who want to post pictures on social media that make them look like supermodels are going to love the glam filter.

Imagine how popular your business would be if your customers could create short videos of them lip syncing to the latest hits with your photo booth. Music has always been a popular draw for the type of audience that is attracted to photo booths, but it has always been difficult to bring music and a photo booth together. Lip syncing booths solve that problem by giving people the chance to churn out professional looking videos of them lip syncing to their favorite songs.

The idea of animated photo booth picture to be posted on social media is exciting enough, but now customers can get 3D GIFs and post them to their social media pages as well. The idea of 3D GIFs has become more widespread in 2017, and it is rapidly becoming a customer favorite. The booth is outfitted with multiple cameras in different positions and several images are taken in a short period of time. The result is an animated GIF that also offers a 360 degree look at everything that is going on. This is going to be an extremely popular feature, and it is gaining a lot of traction in 2017.