Why is a photo booth a better option in this tech dominated era? 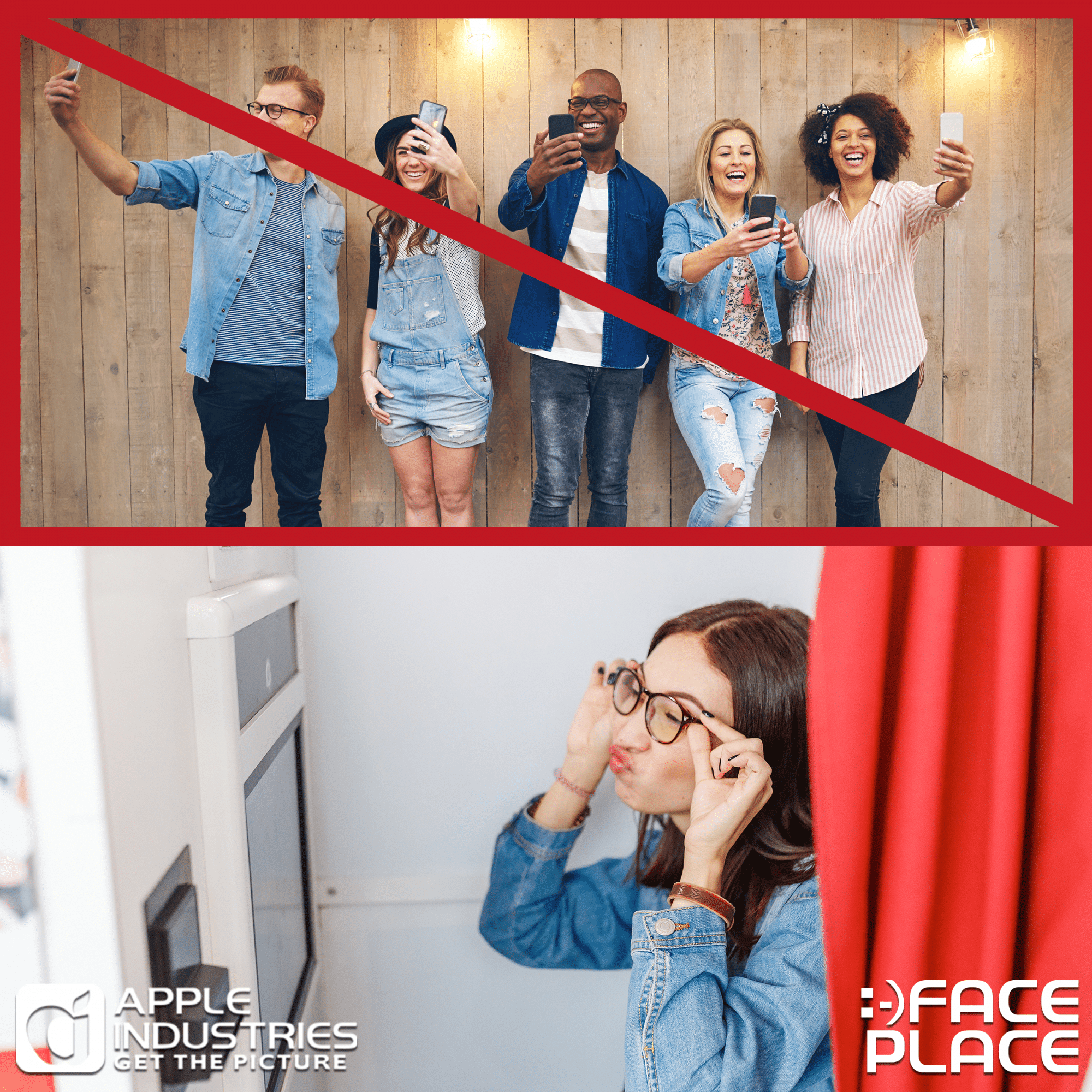 In the modern era of the Internet, people have some pretty intriguing options for getting pictures taken. The most popular option of them all is the smartphone that is constantly being innovated with new and better camera technology. But when it comes to group pictures and selfies, the smartphone is still way behind the photo booth with no hope of ever catching up. There are some very good reasons why a photo booth is a better option than a smartphone for pictures.

The Mechanics Of The Group Photo Or Selfie

When you try to take a selfie, inevitably your camera is going to wind up in a spot where it is almost impossible to get a good picture. All a selfie stick does is enhance all of the problems that exist with using a smartphone for a selfie or group picture. Because someone has to hold the camera, the image winds up distorted, off-center, or almost impossible to see.

A photo booth can guarantee a perfect selfie or group picture almost every time. No one needs to hold the camera for a photo booth, which means that everyone gets to be in the picture on the same level. Because of the way the photo booth is set up, the image is always level, centered, and all-inclusive of everyone in the photo.

The Conditions For Taking A Picture

A good picture is more than just holding up a camera and pressing a button. A good picture requires the right kind of background, the right lighting, and the ability to alter those surroundings to accommodate any changes in the picture. For example, a picture with a group of people requires more room and lighting than a picture of just one person.

A smartphone is incapable of truly reproducing the positive photo effects of a well-lit studio with a proper background. A photo booth, on the other hand, is built to deliver high quality images with its own background and lighting. The way the flash bounces off the photo booth background is something a smartphone could never replicate.

And With All Things Being Equal

With a smartphone, you can edit your pictures and send them to friends using email or social media. You can also shoot live videos you can send to friends as well. A Face Place photo booth has the exact same features, which means that neither picture taking method has any kind of advantage when it comes to editing or sharing.

If you want the best possible quality for your selfies and group pictures, a photo booth is the way to go. With its perfectly designed photo studio and high quality lighting, a photo booth can get consistent results that a smartphone never could.

There are times when the only type of camera you have to take pictures with is a smartphone. But when you have the option of using a photo booth to capture important memories, then the photo booth is an option you should always take.

Sharing A Meal & Making A Memory: How Restaurants Benefit From A Photo Booth
December 18, 2018