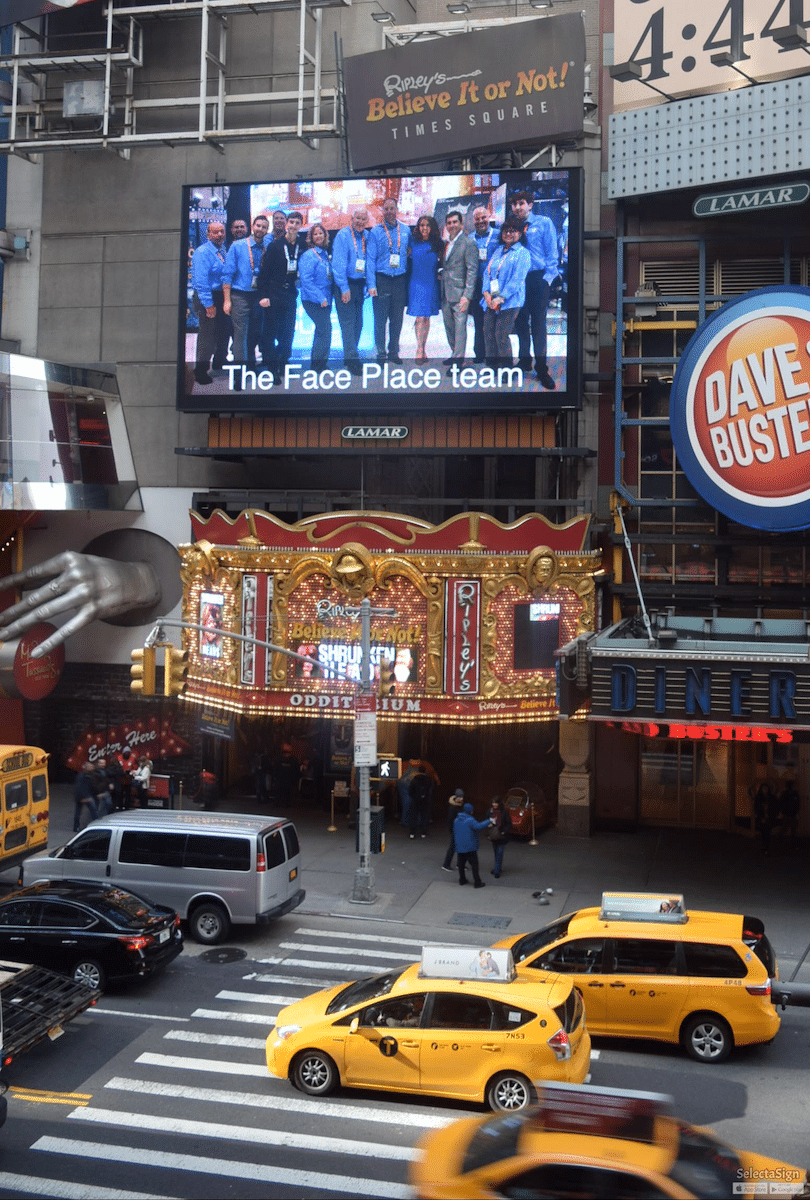 Orlando, Florida, November 21, 2017 – Apple Industries (http://faceplacephoto.com/faceplace2019) enjoyed a smash success at this year’s International Association of Amusement Parks and Attractions expo, thanks to hosting Miss America as a special guest and debuting new technology, new features and new upgrades and products for their industry-leading line of Face Place Photo Booths.

“Operators, distributors and industry professionals from around the world were simply wowed by the gracious and beautiful Miss America 2018, Cara Mund,” said Apple CEO Allen Weisberg. “She was a wonderful presence in our booth and at our annual IAAPA breakfast meeting, helping us spotlight exciting new technologies such as our new photo booth feature, Share in Times Square, and new products such as ‘Scene Machine 2’ and continually upgraded hits such as our award-winning giant photo and video environment, ‘Photo Studio Deluxe.’”

Apple chose IAAPA to launch “Share in Times Square,” an upsell feature that allows customers to enter a Face Place booth, take their picture, then post it to a giant screen in the most-visited tourist destination in America: Times Square, Manhattan.

Apple announced a related coup at IAAPA: they have entered into an agreement with Sony Pictures (www.sonypictures.com) to enable customers to take their photos with various popular characters from Sony movies. The studio’s stable of mega franchises and beloved characters includes Spider-Man, Karate Kid, Ghostbusters, Men in Black and many more.

The first Sony motion picture to get the Apple “Scene Machine” treatment will be “The Star,” (www.thestarmovie.com), a 3D animated Christmas film about the animals in the Nativity story. The movie opened in theaters nationwide on Friday, Nov. 17, just as IAAPA closed.

“We thought a great way to celebrate our outstanding experience at IAAPA would be to post our team’s photo with Miss America to the world via Share in Times Square,” said Apple COO Scott Avery. “So as the show closed, we did exactly that, posting our group portrait right there on the Times Square electronic billboard above the famous Ripley’s Believe It or Not museum!

“Distributors, operators, theme parks, ball parks, museums, malls and locations of every kind are as excited as we are about the latest chapter in the Apple story,” said Allen Weisberg. “We continue our nonstop drive to transform photo booths from yesterday’s print vendors to tomorrow’s networked communication hub. And we thank everyone who visited us in Orlando, ordered more of our products, and made our 2018 IAAPA Show a giant success!”

Cara Mund, who was Miss North Dakota of 2017, won her crown as Miss America 2018 in September of this year( http://missamerica.org/miss-america/). The social activist and jazz dancer graduated with honors from Brown University. She is a future law student whose dream is to become the first elected female Governor of North Dakota.