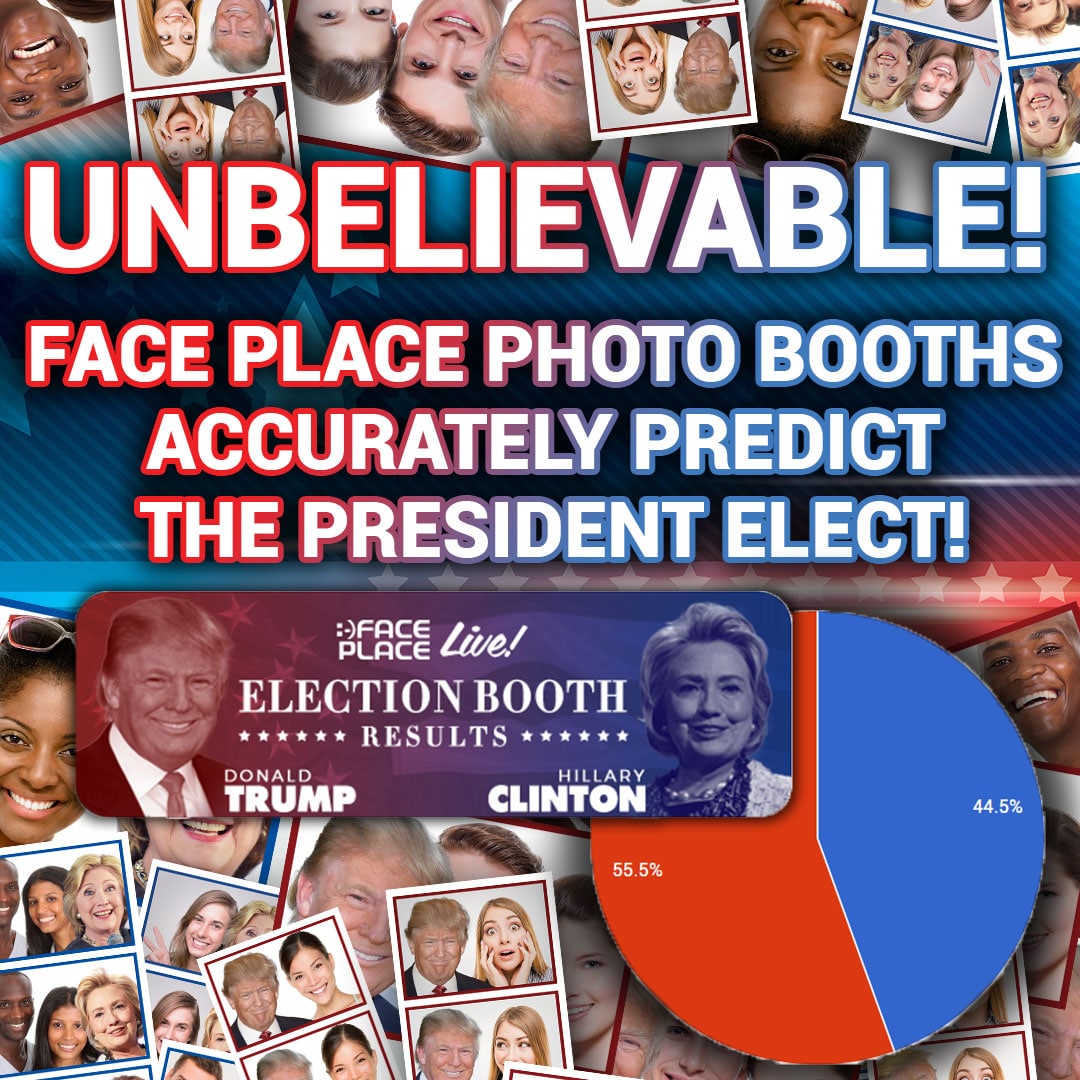 The Face Place Election Booth 2016 Program was the ONLY national poll to accurately predict the next President of the United States! Face Place closed its polls yesterday prior to the official election polls. The results had Trump leading with 55.5% of the support to Clinton’s 45.5%. This proved to be a remarkable predictor of which candidate would garner the most votes in the actual election and become the nation’s President Elect.

Everyday Americans across all 50 states “voted” for Trump or Clinton during the 10 week-long event by taking their photos with the candidate of their choice in Face Place Photo Booths, thanks to the company’s advance Smile 2.0 Network.  Each vend of a Trump or Clinton photo counted as one “vote” for that candidate, and gave the nation an accurate indication at what the voter turnout was going to be come Election Day!

It was a tight race, with only a 10% differential separating the two candidates in the Face Place polls, while the actual election has the candidates divided by a remarkably similar margin of 12% within the votes cast by the electoral college.

Apple executives describe Face Place Election Booth 2016 as the industry’s first and only news-driven marketing and product sales opportunity.  “Apple is delighted by the huge ‘turnout’ of customers who ‘voted’ in Election Booth 2016.  The point is, no matter who they supported, people participated.”

It should be noted that the company did not endorse either candidate and remains politically impartial, this promotion was created for the operator and our Smile 2.0 Networked booth as a means to create something fun out of a current and socially charged historic event, but also out of curiosity if our voting contest could serve as an accurate predictor of the actual election. The answer, which may surprise many, is a resounding yes! 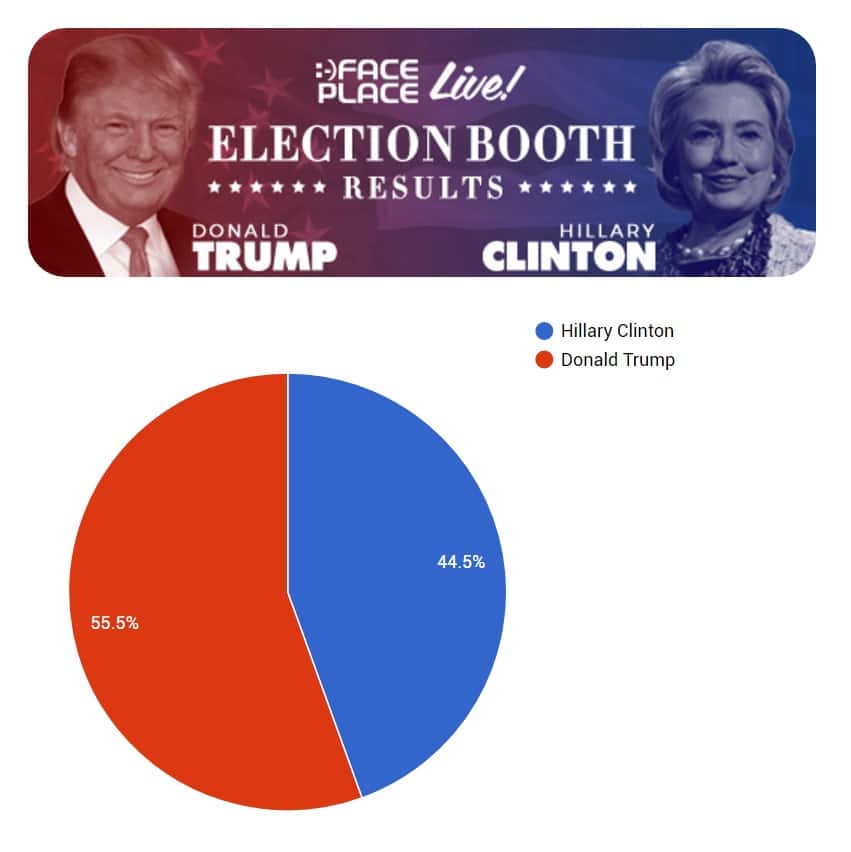